Reviewed by By Denis Kehoe, Gay Community News, 9th May 2005 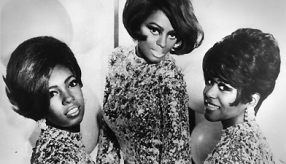 Being Miss Ross is a work in progress by Aidan Harney, whose last play, A Monarch in Hollywood, was read at the 2004 Dublin Gay Theatre Festival. His latest work is a play within a play, the plot of which revolves around Dublin’s oldest gay cafe, where a play about Diana Ross and the Supremes is being staged to save the place from imminent closure.

Owner Gary and waiter Daniel are joined in their endeavours by faded small time actress Binki, transgender Annie, wacky upper-class flake Sorcha, Zimbabwean immigrant Hondo, and handsome, homeless Connor. We are taken from the initial auditions right up to the opening night of the play, which doesn’t go quite as well as expected, and ends in a hilarious farce where reality and illusion collide, and everybody ends up playing somebody else’s role.

There is a huge amount going on in Being Miss Ross, and it is a testament to Aidan Harney’s writing that he manages to keep all balls in the air for the length of the play. The work is described as a comedy, and while it is wonderfully funny, it is much more than that. Harney has his finger on the pulse of contemporary Dublin life, and the city he portrays is a cold, bitchy, pretentious place, obsessed with things as inconsequential as paninis. It is a city of one-night stands, marital infidelities, casual racism, discrimination against the transgender population, and scathing attitudes towards homelessness and illiteracy.

If the Dublin he shows up is a callous, indifferent place, then the production these unlikely marginalized misfits become involved in acts as a counter to such a society. As rehearsals progress and tempers fray, so too barriers are broken down and stereotypes exploded apart. For all its laughs, Being Miss Ross is  a socially engaged and very serious play that tackles some very thorny issues in contemporary Ireland. It does so in an intelligent way that never slips into bland moralising, saccharine sentimentality or dullness.

Given the fact that the piece is a work in progress, was staged without a set or props, and that the actors only had two days rehearsals before taking the stage, the job they did was incredible. It had a raw immediacy and vitality to it, theatre stripped down to its essentials, something which can be hard to find in more polished productions. The cast are well chosen and uniformly excellent. Graham Singleton as the homeless young man Connor, both streetwise and vulnerable, was particularly good. Save for the fact that there are parts of Act III, when the production is being staged in the cafe, that are very confusing, I have very few bad things to say about the play. Well written, directed and acted, it is that rare thing in theatre, a play with a lot of head and a lot of heart.

I must also congratulate The George for putting on this imaginative, afternoon event, where tea and chocolate cake were the only excesses in sight.