Being Miss Ross by Aidan Harney 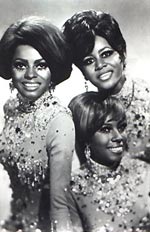 Wonderland’s Artistic Director Alice Coghlan and acting company members collaborated with playwright Aidan Harney, in the script development and production of a rehearsed play reading of Being Miss Ross for The Dublin Gay Theatre Festival.

This musical comedy tells how the oldest gay cafè in Dublin is saved from closure, when the owner and a band of loyal customers get together to stage The Diana Ross Story fundraiser.

It had a raw immediacy and vitality to it, theatre stripped down to its essentials, something which can be hard to find in more polished productions. The cast are well chosen and uniformly excellent. Graham Singleton as the homeless young man Conor, both streetwise and vulnerable, was particularly good. Well written, directed and acted, it is that rare thing in theatre, a play with a lot of head and a lot of heart.