Life Shop Till You Drop! 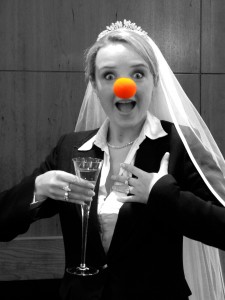 The hilarious rise and fall of Ireland’s first self-help guru. Life Shop till you Drop! is the Sassy Girl’s Self-Help Solution. The show begun life in January 2007 in Bewleys Café Theatre, Dublin. It then played five National Tours and one International Tour to Abu Dhabi, totalling 120 performances up and down the country from the Cork Midsummer Festival to Belfast’s Out to Lunch Festival and everywhere in between.

Ailish McGovern is an unfulfilled Recruitment Consultant. For Ailish life would be perfect if she had a marriage proposal, a glamorous job, and most importantly won Irish Tatler Woman of the Year. And so she selects this as the year in which she will transform her life, by applying all of the instructions and mantras of self-help gurus.

Ailish goes speed dating, feng shuis her 100% mortgaged apartment and targets the perfect boyfriend, using the New York manual ‘Your soul mate is out there and missing you.’ Next on her hit list is taking over her boss’ job using ‘The work secrets only successful people know!’  However, no self-help book that she has studied teaches that pride comes before a fall. A cautionary tale, or more likely, a wickedly fun spoof on our love of going life shopping.

“Hilarious – the overriding tone is light and fun, thanks to Alice Coghlan’s wonderfully feel-good script and Reid’s ability to inhabit a number of comic characters” – Dublin Metro

“This one-woman farce is a fast paced parody of the self help industry, showing its star’s comic range in male and female characters” –  The Sunday Times 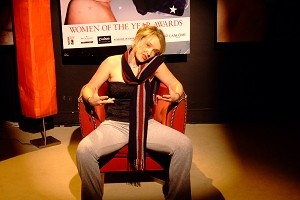 Marie O’Riordan of Arty Facts: Out & About for KFM (Radio Kildare) interviewed Alice Coghlan and Clodagh Reid after seeing the show at the Moat Theatre in Naas.

Clodagh Reid in Studio with Ailish McGovern herself; Barry Barton, her first beau; Concepta the owner of A Stór mo Chroí dating agency, and Elizabeth her boss at Shooting Star Recruitment all drop in for a chat on EastCoast FM